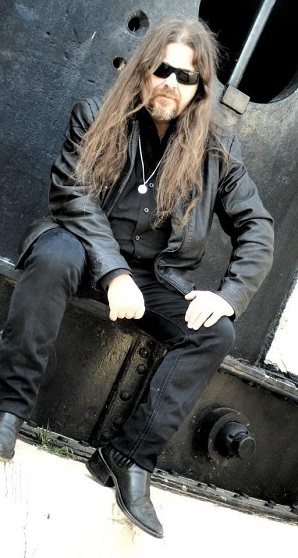 Albert Bell (a.k.a DrDoom) is a veteran of the heavy and doom metal scene and an ardent enthusiast of the music. Following the formation of speed metal forerunners Exorcist (reborn some years later as Kremation) in 1984, Albert had a stint with thrashers Vandals (1989-91) and crossed paths with Simeon Gatt in Mortuary (speed/thrash metal) in 1988. Simeon and Albert were both later to reunite under the hallowed Forsaken banner in 1991 together with original guitarist Kevin Azzopardi, Keyboardist Cay Schembri and Leo Stivala on vocals with the intention of bringing doom metal to the masses after becoming enthralled by the likes of Witchfinder General, Count Raven, Trouble, Pentagram, Revelation and so on. Forsaken remain strong to this day. In 2006, in an attempt to quench his thirst for more doom, Albert founded Nomad Son together with Jordan, Chris, Julian and Edward from Frenzy Mono. Since then, like Forsaken, the band has played several gigs in Malta and abroad and released its third album “The Darkening” to widespread critical acclaim in July 2013. It was around the time of Nomad Son’s formation that Albert started to sharpen his vision of a doom metal festival in Malta that could gradually grow in international stature and act as a hub for the music in Southern Europe. His first forays in this regard included the organisation of various doom metal gigs with bands from abroad until his vision for MDM was first realised in 2009 with the first edition of the Malta Doom Metal festival. Together with the help of his comrades in arms in the festival’s organising team, the festival grew from strength to strength each year. Albert remains very active in both his bands and is shortly to release a solo album which underlines and celebrates his myriad influences, from Sabbath to Celtic and Venom to Candlemass! 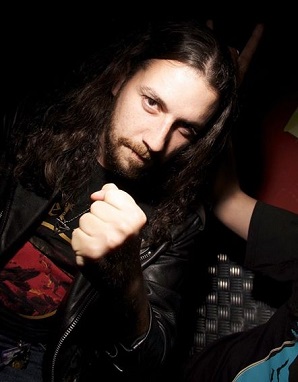 From the beginning, Glen always showed a certain love for music. He started going to guitar lessons at the age of 8 after watching a video of Jimmy Hendrix on TV. He got into Heavy Metal around the age of 16 through a compilation CD given to him by a friend who insisted he should listen to a specific track by a band called Pantera. From then onwards it was a constant journey throughout the realm and power of Heavy Metal in a bid to always discover new great and obscure bands. He got more into Doom by the guidance of friend and now colleague Dr. Albert Bell around the age of 19 and he really felt like it was the kind of sound he’d been searching for all his life. Apart from Doom Metal, Glen loves all the traditional facets of the genre such as NWOBHM, Old School Death Metal, US Power Metal, Thrash Metal and so on. He also has a keen interest in the late 60s/early 70s Hard Rock/Proto-Metal bands. Joined the MDM team after the first edition and has remained part of the team ever since. In his own words, “The satisfaction, in seeing great bands playing on this little island and having local and foreign metalheads come together and enjoying a whole weekend of Doom Metal, is immense.” 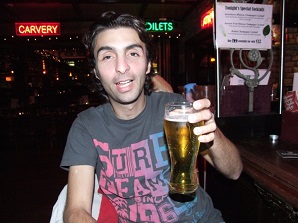 Entrepreneur James Gauci entered the realm of heavy rock/heavy metal after being enrolled as Frenzy Mono manager in the early 2000’s. His managerial acumen and enterprising skills were also taken on board from the outset of the creation of Nomad Son, and he has managed the band ever since the band’s foundation in 2006. James joined forces with the MDM team after Albert approached him to team up with MDM in 2010 shortly after the first edition of the festival in an effort to ensure the necessary support and guidance for the realisation of a bigger and larger festival at a larger venue and with more and more international bands added to the bill. James has been ever-present in the MDM since then and remains a very resourceful and prized asset for the MDM team, while still managing both Frenzy Mono and Nomad Son. 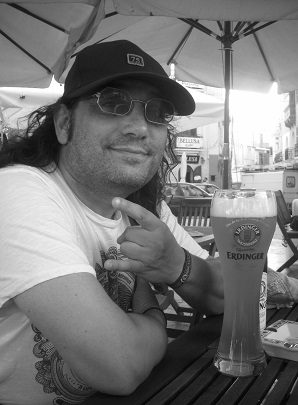 Although present in the local rock scene since his early teen years, most of the years behind the scenes, Noel started presenting on the radio in the early 1990’s till 1994 when he moved into the rock club scene throughout the island, with the longest stint being the Harlequin Rock Club. Returned on the airwaves in 2007, after Joe Tanti asked him to co-host a revamped edition of Rock Moods, a show Joe has been presenting for decades and on which Noel appeared as a guest many times throughout the years. Also on the new edition of rock Moods was Marc Tanti (Joe’s son and Myopic Destiny’s frontman). When Joe and Marc left Noel inherited the show which is still on air to this day on ONE 92.7. One must mention that between 2010 and mid 2012 Noel co-hosted the show with Lito.
In 2011 Noel also joined the new team made up of Malta’s best rock presenters, on a new and the island’s only 24/7 rock station on digital radio. On allRock Noel presents the metal show Heatstrokes, a 2 hour show which features all type of metal from all over the globe with special mention for the Maltese talent and events. Apart from local artists appearing on the show, Heatstrokes also features international artists and in these past months the show featured Luce (Hooded Priest’s Belgian frontman), Till Oberbossel (guitarist of German power metal band Elvenpath), and Warrior Soul founder Kory Clarke.
AllRock has been, since its early days, the official radio for the island’s main metal festivals (Malta Deathfest, Xtreme Metal Assault and one of Europe’s most acclaimed doom festivals, the Malta Doom Metal Festival), events that are featured prominently on Noel’s show Heatstrokes.
Today Noel Mifsud, apart from the radio shows and the occasional rock night, manages one of Malta’s best prog rock bands Colourblind and co-founder of Prog The Islands, a group made up of people bred into prog, helping Maltese artists by organizing events and merchandise distribution. 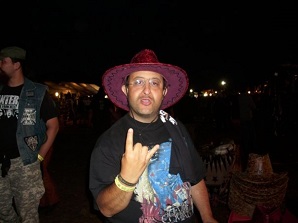 After spending his teenage years listening to all sorts of thrash, doom, and heavy metal music, he started taking lessons to learn playing drums.  In those early days he meet Albert Bell a.k.a Dr Doom with whom they formed a short lived speed/thrash metal band back in 1988 named Mortuary.  Nothing really happened, no demos, no gigs but eventually he met Albert again in 1991 to be part of Forsaken together with Leo Stivala on vocals, Kevin Azzopardi on guitars, and Cay Schembri on keyboards, till this very day.  After some line-up changes, Forsaken are still working to deliver some solid epic doom metal to the doom metal fans around the world.  In 2008, Efrem Arpa on guitars, approched him to formed the traditional doom metal band ‘Dawn of Anguish’, together with Andrew Attard on guitars, Gregory Calleja on bass and Alex Carachi on vocals where a ‘Prologue in Black’ demo was released during the MDM V edition.  However, Dawn on Anguish entered the studios in the beginning of 2014 to record what will be their first full length release.  During all editions of MDM’s he gave his helping hand too as a drum technician and now he is fully part of the MDM organization team.